Heritage So Rich, Heritage at Risk

For many years, in reference to building legislative support for historic preservation issues, I have suggested that until such time as saving old buildings is seen as an intrinsic goal, we are fighting battle by battle whilst losing the “war.” Were we to get to the point, from nostalgia, good planning, economics, environmental stewardship or simple respect, where there was substantial agreement that keeping buildings standing unless there is a truly justified reason to remove them, the debate would be reduced to who pays. Preservation, were it a “mom and apple pie” issue, would be a lot easier to promote. 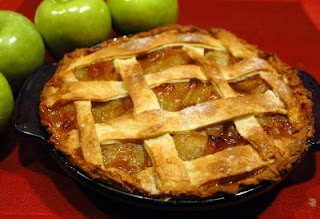 The same, sadly, is becoming true in the larger world of heritage. Preservationists rely upon historical societies and museums, often working in close partnership with them and their extensive photo libraries and archives. Most of us, I am sure, hold multiple memberships in a variety of historical societies. I know I belong to about five or six organizations, mostly local or county museums, in the areas in which I work frequently.

Museums, by their nature, rarely get involved in the sort of advocacy issues that can sometime make preservation enemies and so, in general, elected officials tend toward a more benign attitude toward them. Aside from the stereotypes, it’s the rare museum that leads the fight to save the old farmstead, hindering the Wal-Mart that some see as progress. Instead, at least in the view of many, a museum is the responsible repository for the remnant gate or weathervane, after the farmstead is sacrificed for “progress.”

But in these hard economic times, museums and other heritage organizations are hurting. Societies and museums that relied upon public funding are seeing it yanked by officials who under prioritize their value. Many well-meaning leaders simply don’t have enough funding to go around. Others, with an axe to grind (and that would include my own ) have purposely targeted historic funding out of what is hard not to see a petty retribution. In a double-whammy, societies that were supported by donations and grants are seeing that source dry up in tough times too, particularly as the competition for limited dollars increase. That combination is forcing museums all over to shutter, to reduce hours, end programs and lay off staff. It’s a bleak picture and it shows no sign of improving in the near future.

Last Monday the Oregon Heritage Commission met in Prineville and discussed the looming crisis in ’s heritage community. That community, with whatever leadership the Commission can provide, needs to work together as it never has before to develop a workable strategy for the future. Doing otherwise, I fear, will result in the loss of priceless and irreplaceable history from one end of the state to the other. Even where the pioneer diaries don’t end up on eBay, a very real possibility, they are going to be locked up and inaccessible without concerted action. Such stored resources may survive for the future, but nobody will able to use them. Keeping its history intact, and accessible, is part of what civilized societies are supposed to do, isn’t it?