Earlier this week, in the snow, I went out to the Gold Ray Hydroelectric site to review the progress on the interpretative center that Jackson County, Oregon SHPO and NMFS installed as part of the mitigation for the removal of that historic property.  As I have written earlier, we elected to salvage an entire power generation system, from turbine to switch panel, that would explain how this very early power system in southern Oregon worked.  Interpretative panels, with historic photos as well as some of the HAER images taken prior to demolition, were installed on the former site of the Clubhouse, upslope from the river, and the mammoth generators, pulleys and other elements were moved there so that public could appreciate, and understand, what they are. 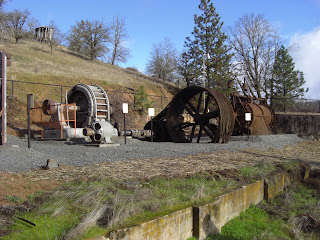 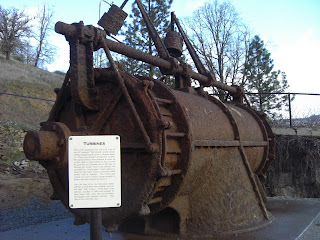 I was quite pleased with the way everything worked out (you never know, sitting in front of your computer, how something is going to play in 3D).  I think this one played out pretty well and everyone involved seems pleased.  The County has some minor security/vandalism protection to install, so the “public” doesn’t run off with any of the artifacts, but other than that, the project is complete. 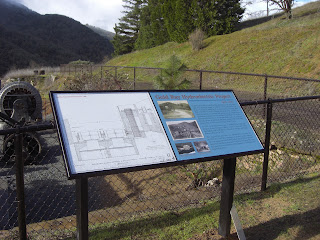 If you live in southern Oregon, or are passing through, and want to see a very unusual example of an early power generation system, tour a spot on the Rogue River that hasn’t been generally accessible for more than a century, or just appreciate a great view of a river restoration project and the Table Rocks, you should check the Gold Ray site out.  Jackson County hopes to have something available for the public by mid-2011.
On a more personal note, 2011 is looking to be an interesting year.  January should have me at the Oregon Coast, documenting what is purported to be one of the largest swing bridges in the United States, among other things.  I’m sure I will find something to write about.  Happy New Year!
Posted by G. Kramer at 9:33 AM