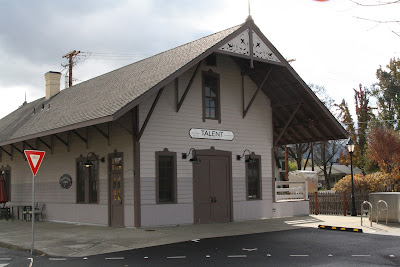 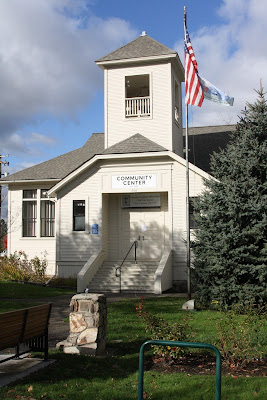 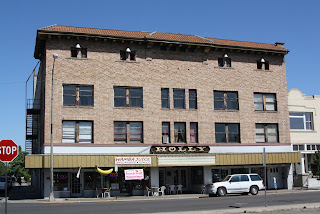 
It is truly unfortunate that an incredible opportunity to return a long-vacant landmark to glory may fail, not due to lack of will, or lack of vision, or even at the moment lack of funding, but instead from misinformation, fear, and what is hard to see as anything other than mild paranoia.  Many communities that are Medford’s size or smaller, boast more than one successful entertainment venue.  This is especially valid given the fact that downtown Medford’s market by all rights includes other communities throughout southern Oregon and northern California, rather coincidentally the very multi-county market that JPR serves with its radio network and its already restored Cascade Theatre, in Redding, California.
In Medford the Craterian and a restored Holly could easily work together, even sharing some some functions like booking that would reduce expenses for each.  Two theaters could enhance Medford's entertainment reputation and build a new and larger audience for both.  Doing so would, of course, also bolster every other aspect of downtown Medford and could bring new people by the 100s into the city's restaurants and retail outlets.
That is if the Holly ever gets a chance.  Stay tuned.
Posted by G. Kramer at 7:22 AM 8 comments:

A Restored Holly in the Offing

Last week, after months of behind the scenes thought and negotiations, the Jefferson Public Radio Foundation, JPR, announced its plans to purchase the Holly theater in downtown Medford and completely restore it for use as a performing arts venue.  JPR has prior experience in this process, having successfully transformed the long defunct Cascade Theater (www.cascadetheatre.org) in Redding, California.  The Cascade is now the heart of surging downtown revitalization and a source of pride and vision for that community.  That's the restored facade and marquee of the Cascade in the sidebar to the right. (I have this thing about neon.)
The Holly, opened in 1930, was Medford’s first “talkie” theater and a huge boon to that city in the early days of the Great Depression.  By the late-1970s, like most single-screen theaters, the Holly fell on hard times.  After it was closed it suffered the typical indignities of such a building, most notably a poorly conceived effort to transform its 1200-seat auditorium into an office complex.  For the past 15 years the Holly was controlled by an entity with great vision, but few resources, and fell increasingly into disrepair, tilting toward condemnation.
There are hurdles for the Holly…most involving questions surrounding the City of Medford’s willingness to step up and make it happen in partnership with JPR.  The Foundation has until 1-March to complete the purchase of the building and has stated that if the City is willing to provide funding toward that goal, it will then raise the $3-4 million necessary to transform the Holly into a state-of-the-art venue.  And, of course, there are other issues, from building code, to restoration decisions, to feared competition for other performance spaces in downtown Medford.  None of those are insurmountable and the potential benefits of the Holly restored are so obvious that I am hopeful Medford’s leaders will rise to the occasion. 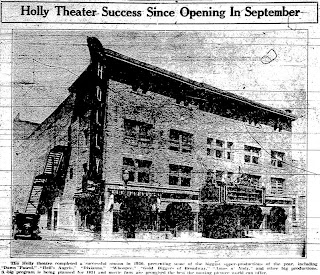 As I wrote earlier, Medford has long chased the “big fix" in securing the revitalization of its downtown core.  Few portions of the city need attention as badly as does the area that surrounds the Holly, almost entirely vacant, or given over to government users that spark little pedestrian traffic or interest.  The draw of the Holly, like the draw of the Cascade in Redding, or any other successfully restored movie palace, is enough of a magnet to turn this part of downtown around.  With a vibrant Holly, and JPR’s track record of running centers such as this, success may well spread out toward Main Street and Medford may have finally found the fix it has been searching for. 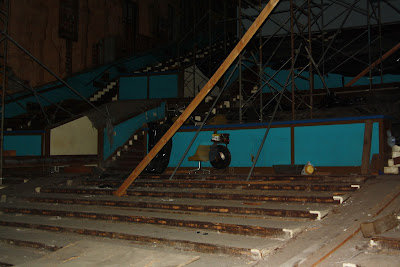 (By way of full disclosure, I should state that I worked with JPR on the Cascade, expect to work with JPR on the Holly, and continue to work with the City of Medford on its various downtown revitalization efforts.  I can think of nothing that would please me more in Medford than to have these two entities successfully come together to create great things for both)
Posted by G. Kramer at 7:49 AM 2 comments: