Artifacts Repatriated-The Holly Gets its Niche(s) Back!


Medford’s Holly Theatre HollyTheatre has had an interesting history from the start.  Construction began in Fall 1929, just before the Black Tuesday, not a day of post-Turkey sales, but rather the collapse of the stock market and the beginning of what is still America’s worst financial crisis.  The local owners soldiered on, and the theater opened in August 1930.  With 1200 seats, it was by far the largest theatre in southern Oregon.  For the next five-plus decades, with varying success, the Holly was one of the leading movie venues in Medford.  With its huge single rake of seating, there wasn’t a bad seat to be had.  You went to the Holly for what today would be termed “Blockbusters.”  Among the latter movies shown there, which I actually saw there, was The Return of the Jedi. 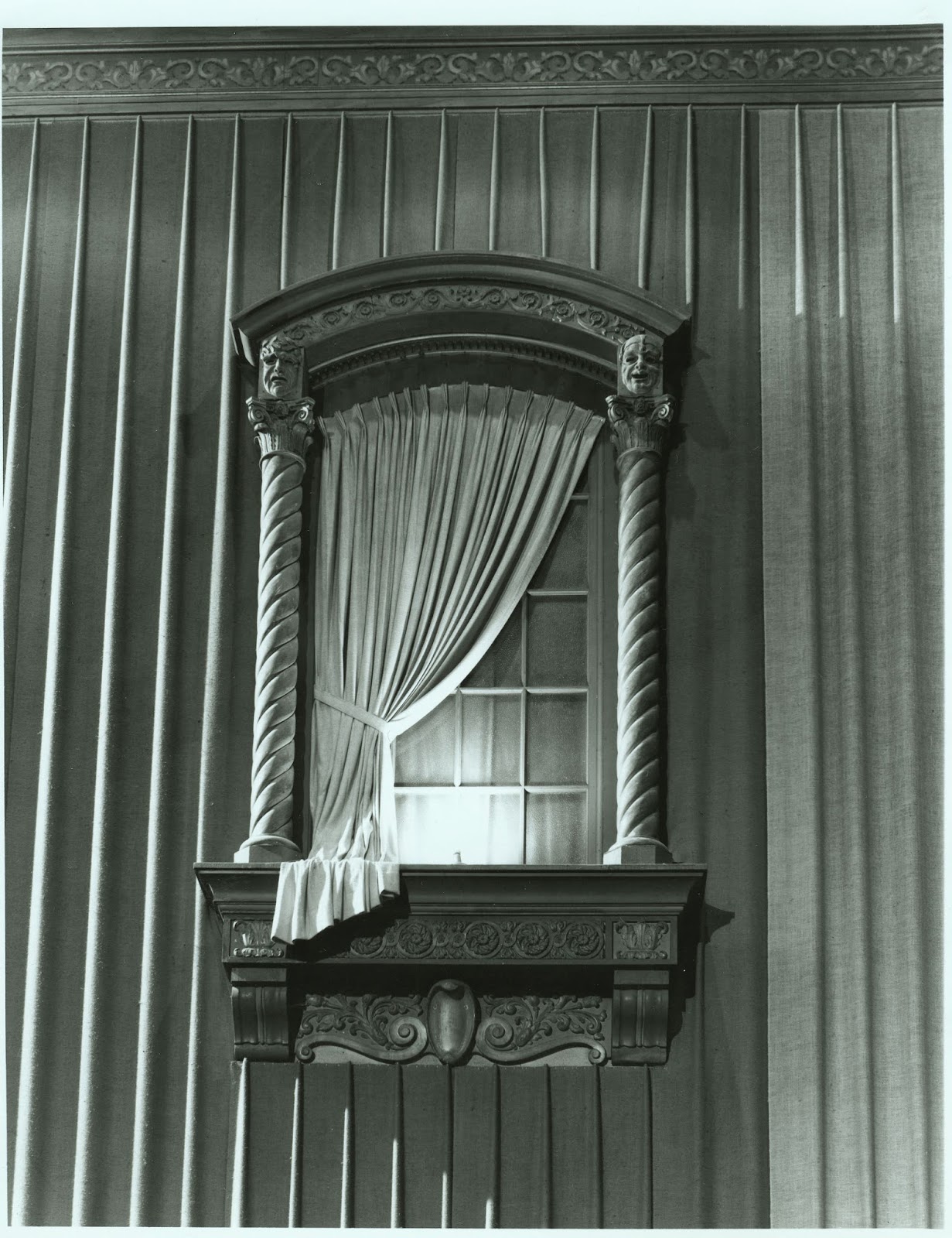 I have written here before about the circuitous path the Holly has taken since it was closed as a theatre in 1986 and needn't beat that horse again.  Two Theatres Let me just say that I hope that Spokane or wherever former SOU president Mary Cullinan heads next isn’t in need of a visionary.  (cite).

JeffersonLive is moving forward with its plans for the Holly’s rehabilitation as a performing arts center.  That took a major step forward this week with the repatriation of a truckload of original decorative material that was, um, “salvaged” from the theatre in the mid-1990s and has been in storage since.  Essentially a previous owner of the building has the crazy idea of gutting the auditorium and turning it into some sort of atrium-based office complex.  (Really, I’m not making this up).  As that process unfolded, a number of decorative items were offered for sale and many, including all or parts of most of the cool wall niches, were removed from the building.  Naturally the office idea fell through, that owner (thankfully) sold out, and the building sat for 20 years with little change.  Remaining niches were still there, with gaping wounds where the others had been removed. 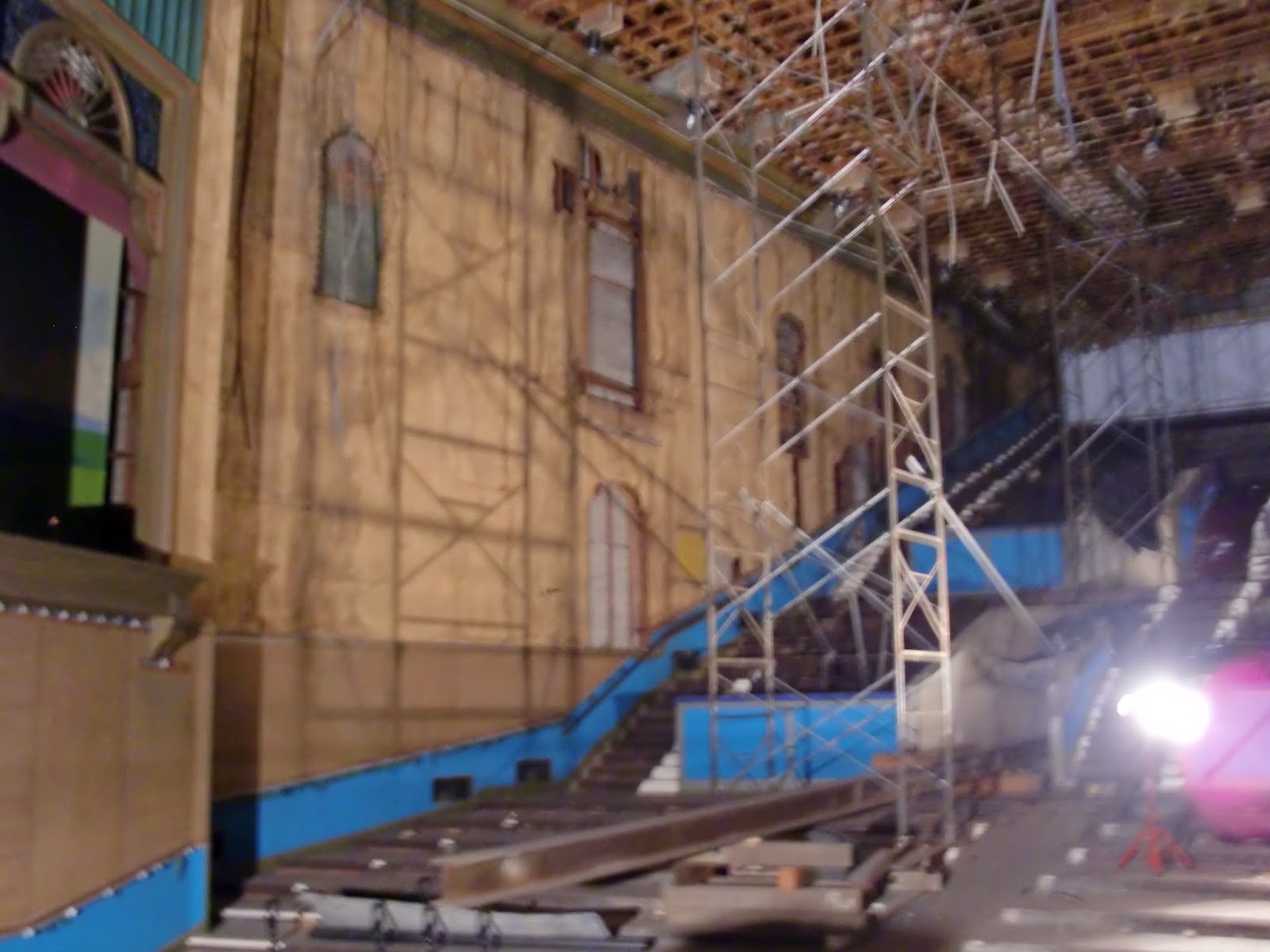 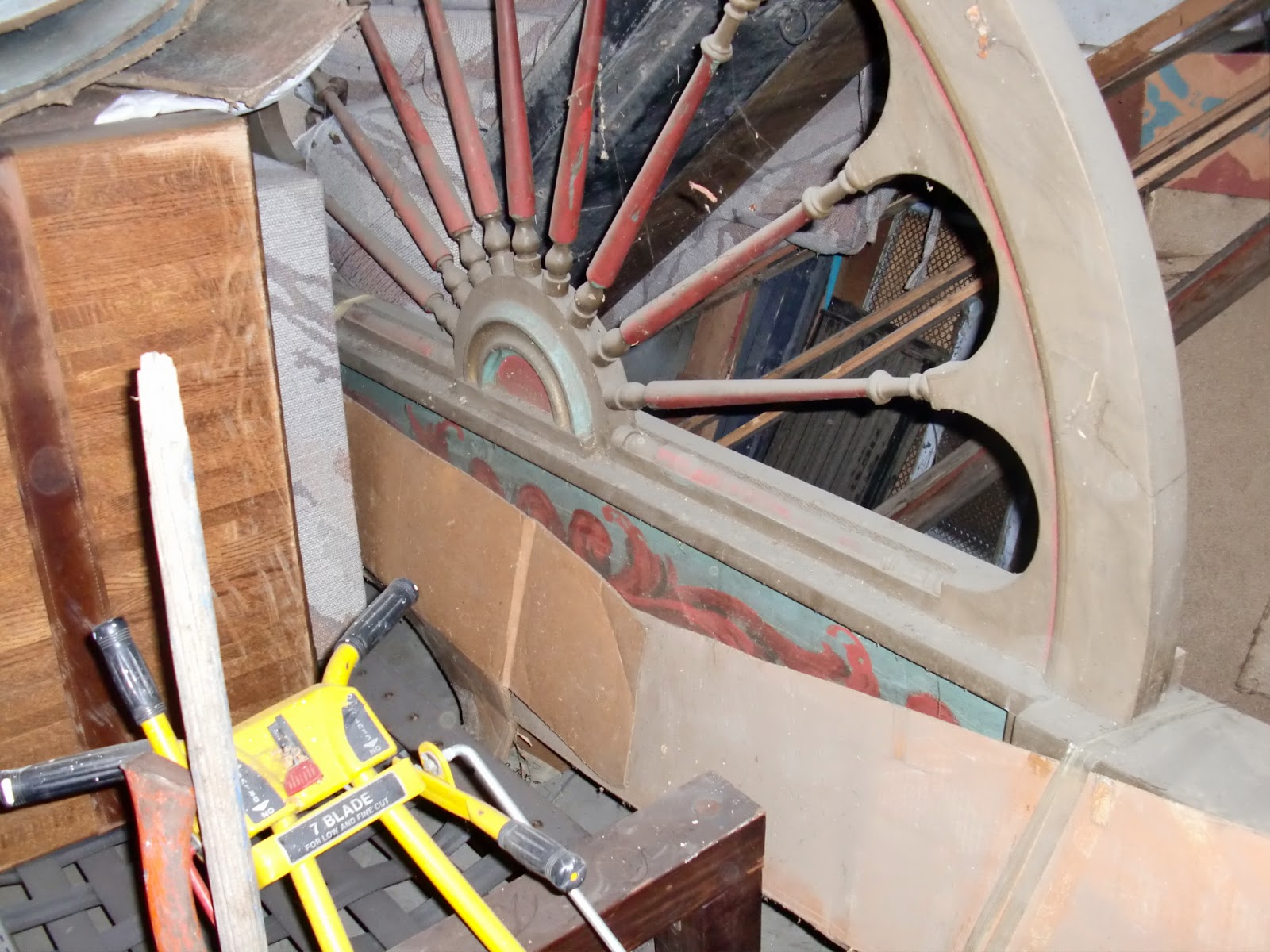 As early as 2011 negotiations to repurchase many of the removed items were underway (that's part of a pipe niche, above, in the storage building.  You can see the remaining original in the upper photo).  Unfortunately that process stalled, despite our best efforts.  The owner had parts or all of the missing pipe niche, from right next to the proscenium, all of one of the window niches (including the 3D spiral columns), the wrought iron screen from a balcony niche, the missing cast shell from a shell niche and even the fourth (and last) small chandelier from the auditorium. 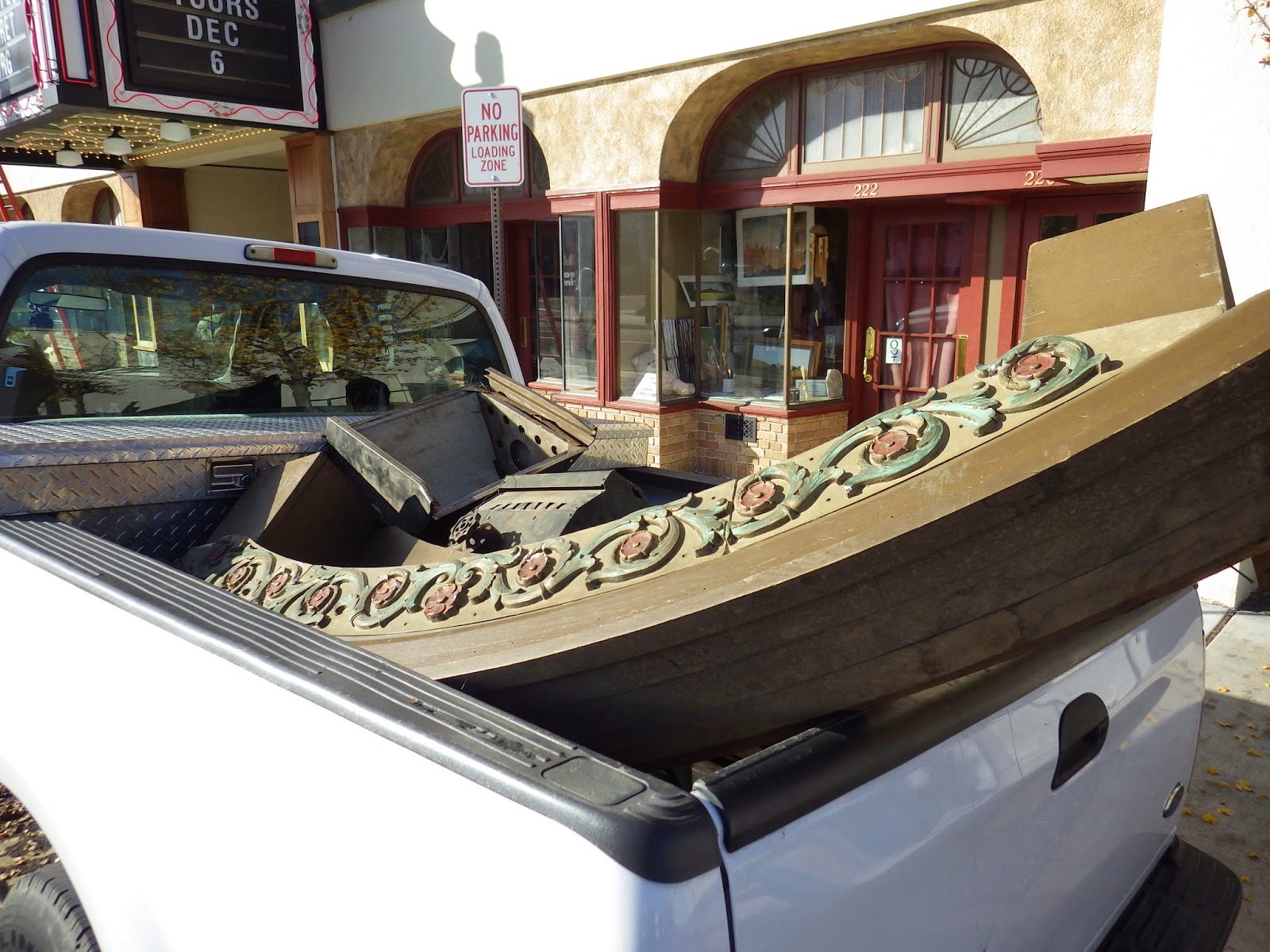 Earlier this month JeffersonLive got one of those great phones calls out of the blue.  An auctioneer, Wayne Liska, of Grants Pass, had been charged with disposing of items for the owner and thankfully realized they were from the Holly, belonged back at the Holly, and was more than fair in making sure that we were able to acquire them.  They were delivered last week, to great relief.  We’re hoping that there will be other pieces as Mr. Liska continues to work through the storage building where this stuff was kept.  Either way, with few exceptions, the Holly has now been reunited with one example of most of the major decorative elements that were part of its 1930s interior design.  While we’d be thrilled to have all the original elements, having one of a design makes it a whole lot easier to recreate the rest.  I think I heard the building sigh a little in relief when all this material was being delivered last Tuesday.  I know that I certainly did.
Posted by G. Kramer at 8:39 AM No comments: