A small part of the Federal stimulus money was dedicated to improving the energy efficiency of America’s buildings by offering tax credits to homeowners replacing their windows with new, thermal-paned, sash. For local governments and non-profits, the stimulus package included grants that allow local governments to upgrade their heating and cooling systems, usually including window replacement as well. And, of course, local governments know a good deal when they see one, free money from the State and the Feds generally being considered a “good deal.” 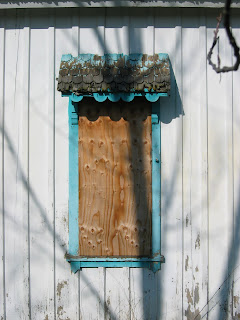 Unfortunately, in the rush to stimulate, nobody in DC (or in my case, Salem) considered the implications or special circumstances that might occur by raining money for window replacement on hundreds of highly significant historic structures owned by cash-strapped local governments. As a result I spent the better part of a day last week touring National Register listed buildings, most with original windows, that shall soon have them removed at great expense and, frankly, minimal energy benefit.

The simple fact of the matter is that window replacement is about the least cost-effective, or energy saving, thing that you can do to a property.  But, because window manufacturers have spent millions and millions of dollars convincing everyone otherwise, it is often the first thing a property owner considers. Would that logic and common sense had an advertising budget or a marketing deal with This Old House.

100-year old, single-pane, wood windows, have an “R-value” (a value related to energy/heat transfer) of about 1.0. If you yank that window out and replace it with a state-of-the-art low-E, Argon-filled, thermal paned, window sash you will, as Anderson-Pozzi-Marvin et al are quick to point out, improve the performance of that glazing by more than 400%! To R4.5. In two words...big deal.  What Anderson and their friends don’t tell you is that the wall next to the window, even without insulation, performs about twice as well and that windows, even state-of-the-art windows, are going to suck energy out of your house no matter what. If you REALLY want to save energy, don't have any windows.

Let me add that if you are building new, of course, you should use the best new technologies can offer.  But removing existing windows for the minimal improvement and high cost of current window technology simply doesn't pay. Beside destroying historic character, it clogs the landfill, squanders embodied energy and doesn't really do much to increase America's "energy independence" in the long run.  This is especially true when most of the problems with existing historic windows has nothing to do with their single-pane glass and everything to do with air infiltration.  Air infiltration is easily repaired, or it could be if anybody ever bothered to repair anything anymore when tossing it and passing the deferred maintenance  problem onto the next guy is offered as an option.

Saving energy and money are laudable goals and the Stimulus package could help.  In virtually every case, particularly in a historic building, you lose far more energy through heat loss through the ceiling. Heat, as any 1st year physics student can tell you, rises. Insulation, that pink fiberglass stuff the Pink Panther used to promote, is fairly cheap and very effective in conserving energy. Super-insulating your ceiling/attic will typically save enough money to pay for the insulation within a few short years. Window replacement in one commercial project I am currently involved with won’t pay for itself until 2150, over 140 years.(Yes, 140 years!)

‘Course we will likely go ahead and replace the historic sash in that building with new, state of the art, sash. And we will do so in as appropriate a fashion as possible because it’s a historic building and the windows need to look as much like the originals as possible. We could improve those old windows, probably to about R2.5, and put lots of Oregonians to work (restoration being more labor intensive than replacement), but we won't.  That's because replacing the windows (or at least improving their performance to a whopping R3.2) is  a requirement of the grant and so you have replace the windows if they want to get the funding to replace the HVAC units. And replacing the old boiler is a good idea, and will save a lot of energy.

Besides, spending $500K replacing windows that don't really make sense won't be paid for by the local government.  It's the Feds money. And, as a taxpayer, it's yours.
Posted by G. Kramer at 7:38 AM No comments:

In 1884, within a year of founding their city, the citizens of Medford passed a tax levy to construct the city’s first public school. Later known as West School (presumably after they built another school building to the east), Medford’s house of education was a fine two story wood frame building with interesting stick detailing on the exterior and a belltower on the top. It stood on Oakdale, near Main street, where the Jackson County Courthouse stands today. 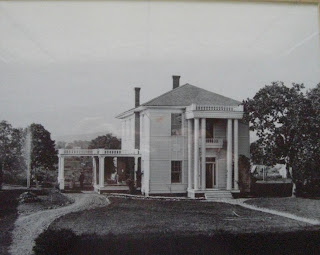 In 1891 Medford decided to build a new school building on the site (a brick structure that would be known as Washington Elementary). Local businessman A. A. Davis, president of the Medford Roller Mill, purchased the school building and moved it to a lot on 10th Street, near Oakdale, behind the Catholic Church. Davis, a wealthy landowner, entirely remodeled the old school as his residence, stripping off the belltower and building a fine two-story Temple Front porch as the entry. To the east he had a porte cochere, a covered driveway, built to create a dignified appearance.

After Davis, the house was occupied by another pioneer family, the Alfords, and then during WWII was transformed into an apartment complex, the “Colonial Arms.” It remained as apartments, falling on harder and harder times, until 1976 when two attorneys purchased the place and decided to transform it into offices. Their major remodel was longer on heart than quality but the building housed a host of professional uses including the Britt Festival administration, before it was purchased by Sacred Heart Catholic Church, for use as the church offices. 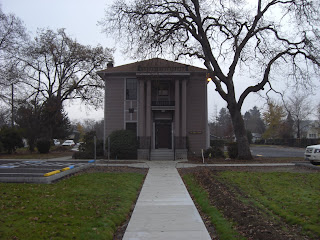 Today, 40 years after the well-intentioned remodel, the wood siding is failing, woodpeckers have discovered the place, and the non-insulated walls and ceilings are creating huge heating and cooling bills. We are working on some specifications to guide a major rehab project, replacing the poor 1976 siding with new material after installing wall cavity insulation, shear, and better venting. The windows will be rebuilt and improved, some bad design decisions will be corrected and, all-in-all, the building will get a new, and improved, lease on life. Think of it as the 120-year tune up.
Posted by G. Kramer at 12:31 PM No comments: