Who is Charge Here?

I have been thinking lately about what exactly it is that we, as preservationists, or people concerned about the look and function of communities, are supposed to be doing, when all the dust has settled.  I think about that a lot, but several recent projects have involved me and a bunch of doubting Thomas’ sitting around a table arguing about end product and approaches and what is the best course for the resource, the client, and history.  Or not.  Because surely preservationists can disagree among themselves with the best of them.
Most of our process, as I have written before, tends to focus on architectural detailing, use of materials, and the physical aspects of rehab and preservation.  That’s probably natural, as buildings are the focus, and buildings are made of pieces that can change or be modified in various ways.  How we manage that change is the acid test between rehabilitation and remuddling, right?

But not every building or structure is or should be a museum and sometimes what WAS done may not be the best choice for what needs to be done now, or could be.  Nobody should have to replicate an error, just because it was original design and I like  to think that nobody in preservation would actually expect that.  But conversely, there is no justification that I can think of to remove historic fabric without reason, simply because some bean-counter has decided on the fly that it will better society.
Two recent projects demonstrate differing sides of this complex issue.  In the first a non-historic roofing material was suggested as replacement, providing multiple benefits yet not quite getting the appearance accurate.  Most of us involved, both the proponents and the regulators, were willing to “give it a try” and see how it actually looked at the end of the day but the Federal standards (and the federal money) wouldn’t pay for it and so, whether it was the right thing to do or not, the Federal standards (and the Federal money) required that the same, historic, roofing material be used, despite its acknowledged lower performance.  I suppose that if it’s the Feds money, and they want to pay to replace the roof periodically, it's their call.
But on the other side of the issue is a second situation in which historic windows will be replaced with non-historic windows, providing what almost everyone involved acknowledges are minimal energy benefits while at the same time costing lots of money and damaging historic character.  SOME of us involved think this entire process is a complete and total waste of money, but the Federal standards (and the Federal money) demand that the historic windows be replaced, whether it really makes any sense or not, and at the end of the day the Federal standards (and the Federal money) mean that is exactly what will happen.  I suppose if it’s the Feds money, and they want to waste it paying to replace perfectly decent windows to “save” energy, it's their call.
I think it might be a good idea for the Federal government to get its story straight, to perhaps have one Cabinet-level department talk with another Cabinet-level department and come up with something that at least TRIES to present a consistent approach to what really is the same issue.  Maybe doing so would save we taxpayers money, save our community's history, and probably could Buy American and create jobs (which was the point) in the process.  Maybe it would be a good idea for the National-level preservation community to point out that REHABILITATION actually creates more jobs for Americans than what we are now paying for.  Maybe it would be a good idea for the Administration to actually listen when they do.
Posted by G. Kramer at 8:01 AM No comments: 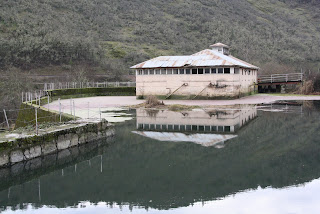 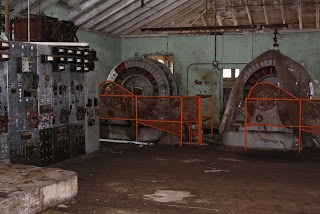