The End of a Good Thing

As I have posted here before, the relationship between the Southern Oregon Historical Society (SOHS), as the main element in the old Jackson County Historical Levy, and Jackson County, has been a war of words and money since 1996. Yesterday, at SOHS's behest the County Commissioners agreed to sell the U.S. Hotel in Jacksonville at a sealed bid auction that is expected to yield about $2 million. The County, after suitable badgering, agreed to give SOHS the first $1 million of proceeds, which SOHS will use to pay off its debt to Alan Deboer ($600K) and to provide operating funds for the next few years while it ramps up its new, Jacksonville-free business model. From the chatter leading up to this announcement, and the silence after it, we are led to believe this is a great day. I'm not so sure. 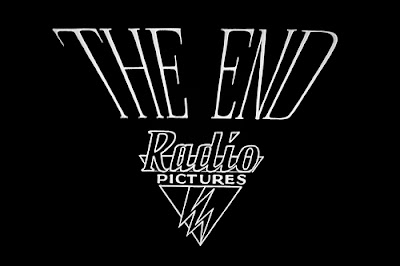 First, I believe it is in Jackson County's best interests to retain a strong and vibrant SOHS and while I am hopeful that will happen, I am far from sure of it. SOHS has made plenty of errors of judgment with County money in the past decades, all of which have led them to the place where they are now stuck with their hand out, begging for whatever crumbs the Board of Commissioners offer, with a smile. I also believe this "settlement" leaves the Jacksonville Courthouse and Jail, both now museums, completely without support or any assured future. SOHS will walk away from those properties, a new entity to take them over and for what purpose is unclear, and Jackson County, the property owner, has essentially now washed its hands of the entire situation and been congratulated for its actions.
Under the current agreement, Jackson County government will yield $1 million it does not deserve from the sale of the US Hotel and, so far, it appears that they will use it for purposes entirely unrelated to heritage. That is wrong and while many locals agree with me on this, nobody but me has been willing to point it out publicly and so nothing is likely to happen. That money could be used to form an endowment for the Courthouse grounds, or it could be divided among the other eleven historical societies in Jackson County that both SOHS and the County have, in total self-interest, simply cut out of their deal. Selling a long-term asset to provide debt service and operating expenses isn't a great solution to begin with. Selling a long term asset to pay the Commissioners self-granted 40% pay raise is near criminal, but only if people complain.  SOHS, for one, is hardly in a position to do so.
On the cutting room floor is any effort to return regular funding to the Jackson County Heritage Fund, to help the other struggling museums and historical societies in Jackson County, to protect the local resources they hold and the fine work they have done.  These organizations are vibrant faces of their respective communities and they deserve better than to be innocent bystanders at the Danse Macabre that the County, Commissioner Walker and SOHS have chosen.

Heritage is under siege statewide in Oregon, with the Oregon Historical Society facing an uncertain future too. I suppose that I and others should be thankful that the Board of Commissioners and SOHS were willing to work something out that provides some new funding for the near future in southern Oregon. But still, I think we have sold the magic beans for a cow, and in the end we will all be the worse off for it.