The Best of Times, and Not


Think of this as "a tale of two theatres." For one it was the best of times, for the other, probably not the worst, but not what anyone expected. 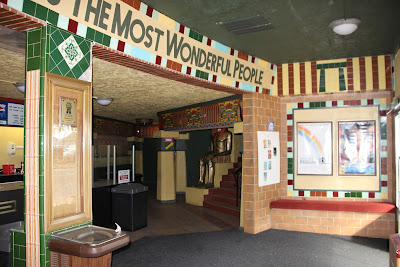 It’s the end of the year and like many of you, I am making my year-end contributions to various arts and cultural organizations, to be matched by a donation to Oregon’s unique and amazing Oregon Cultural Trust.  I’m in the process of writing out a donation to the Egyptian Theatre, in Coos Bay, and that got me thinking about the comparative progress made by the two theatre projects I am/was working on at this time last year and the fairly divergent paths they have each taken in 12 months.

In January 2012 the Egyptian Theatre in Coos Bay was closed due to structural concerns and faced an uncertain future. Some were calling for its demolition in light of an estimated $4.5 million renovation cost.  But in the past twelve months the diligent volunteers of the Egyptian Theatre Preservation Association have, with their stalwart partners at the Coos Bay Urban Renewal Agency, completed a marketing study, hired a fund-raising consultant, re-visited the structural report that caused the theater’s closure, and have embarked on a cost-effective, exciting plan that expects to see work begin next year and the theatre reopened to the public by 2014!  Costs are estimated at less than $1 million.  Early fund-raising efforts are paying off with Foundation support and a year-end direct campaign is hitting stride (heck, they convinced me to donate, you should consider it too!). 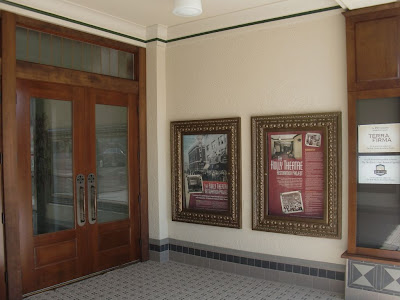 On the other side of the mountain, the Holly Theatre, in Medford, started 2012 with a bright future.  The JPR Foundation, of Jefferson Public Radio, had received funding from the Medford Urban Renewal Agency to match its own investment and was in the early construction and planning phases of a full exterior restoration that would lead up to a “Grand Relighting” ceremony in April.  The exterior neon pylon and the marquee was fully restored, new tile work and storefronts went in, new painting and restoration of the cornice was taking shape.  And on the inside, the cracked beams that had closed this theater more than 10 years ago were finally being repaired, allowing the removal of the ugly structural cribbing and letting the public re-enter to appreciate the potential.  The relighting ceremony was a hit, with 1000 people on the streets for the big moment.  Speeches were made, switches were thrown, and the cheers for the Holly’s bright future could be heard all over downtown.  The fundraising campaign to finish the interior and transform the building was in the wings, poised to take off. 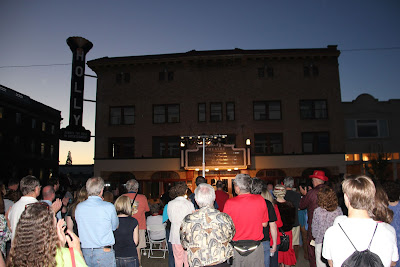 Sadly, for the Holly and Medford, politics and lawyers intervened.  The cheers of the restoration got overwhelmed by another agenda and by September the connection between the radio station and the theatre had been stretched, if not broken.   SOU’s President Mary Cullinan had successfully undertaken what might be called a “coup,” and the future of the Holly was, at best, on hold, until what has been called “organizational chaos” at JPR could be sorted out. The radio station, now owned entirely by the State Board of Higher Ed, continues.  A new entity, one created from the wreckage of the JPR Foundation, is supposed to take over the Holly.  Whether the restoration will get back on track is a question that, at best, will take some time to answer.  Downtown Medford, and the Holly, are waiting.  They mostly will still be this time next year.

Two theaters, two very different years.  I have every expectation that the Egyptian will be back in business and firmly on the path to success within the next 18 months or so.  I have no idea what the future holds for the Holly.  I’m not really sure anyone does.

Public restoration projects taken a certain combination of vision, capital, time and fortitude.  In Coos Bay, the supporters of the Egyptian Theatre have worked hard, built a coalition, asked tough questions and are making it work.  In Medford, all the pieces were in place for the same, perhaps even quicker, success.  Those pieces are all still there.  The question is whether anyone is going to pick them up.
Posted by G. Kramer at 12:17 PM