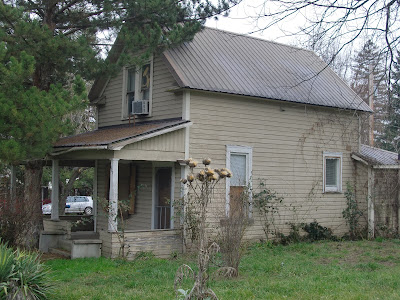 Earlier this month, the Phoenix Historical Society "recanted" on their approval (their president's term, but I like it....) The Phoenix City Council issued a “stay” of the demolition permit, with the hope of finding a solution and a meeting with the owners to discuss rehabilitation options will happen within a short time.  There are several good options, I think, that would allow them to get what they want and keep this important part of southern Oregon history standing for the future.  Keep your fingers crossed!
Posted by G. Kramer at 8:38 AM