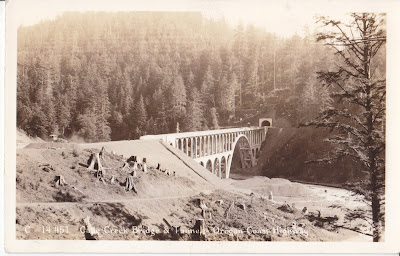 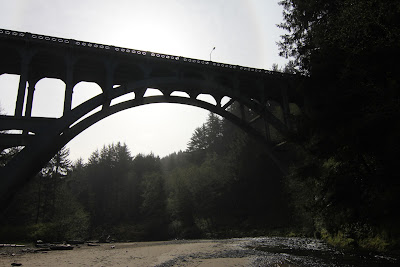 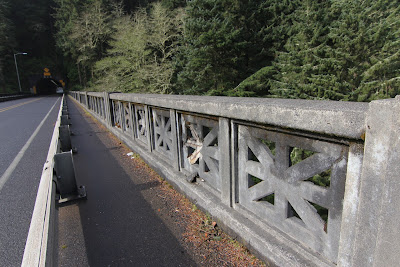 This week, through HERITAGE,  I am working on findings for OBEC Consulting Engineers, of Eugene, to document a project that will remove the damage and replace it with new, pre-cast, rail sections that will look almost exactly the same as the originals.  They will just be stronger.  And the reinforcement steel will be “tied” together electrically, so that ODOT can connect the rail to the cathodic system and assure it doesn’t crumble away.  AND, because the new rail and sidewalk are stronger, and meet code, we get to remove the lovely flex-beam!
Posted by G. Kramer at 7:38 AM