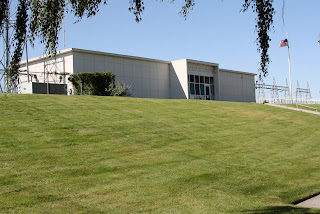 When I was at the UO, learning the preservation ropes, a group of us came up with the mnemonic “BDOSS” (pronounced Be-Doss) to get through the HP 101 question of “what types of resources are eligible for listing on the National Register of Historic Places (Buildings, Districts, Objects, Sites, and Structures). It worked. I still remember it.

However, like Roger Maris’ 61 homeruns, BDOSS should really be BDOSS* since the Park Service has added variations to that original group of five including linear districts, non-contiguous districts, Traditional Cultural Properties (TCP’s) and what is the focus of this blogpost (you were wondering, right?) a “Multiple Property Submittals” or MPS. An MPS is a group of resources, of any time, that are related. Some of the classic examples of MPS (back when they were called Thematic nominations) were things like the Covered Bridges of Oregon or the CCC-built structures of the National Forest Service.

I have worked on what amounts to MPS documentation before, mostly for the far flung resources of hydroelectric projects, but I am now in the process of starting to layout the formal submittal on the Bonneville Power Administration Transmission System, which is, um, more far flung than most. This nomination will encompass resources in seven states, ranging from transmission lines to radio towers, control rooms and “untanking houses,” all related to the 70+ year history of public power development in the Pacific Northwest.

The MPS format essentially defines the “BPA Universe,” the realm and extent of the resources that are related to the significant themes by geography and type and, after defining what sorts of resources are out there that MAY be significant, establishes thresholds of integrity for each resource type to determine if they ARE significant. For an entity such as BPA, with literally 1000s of “things” to consider, an MPS submittal should save a lot of time and effort from a regulatory standpoint. Assuming I get it right!

In the meantime, as posted before, I am often finding my time spent staring at pictures of substations, or t-lines or radio towers or any of the other various pieces of the BPA puzzle in an effort to determine the significant patterns. WHAT makes a transmission line significant and how much can you modify it without losing some essential quality that makes it so? Good thing I like T-lines. The following is my current desktop, which probably certifies me as being in the thick of t-line thought ..... 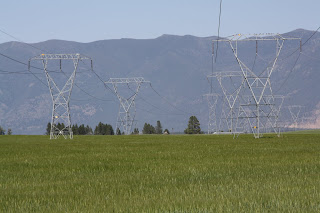